Pictures Of Reba On The Set Of Her New Show Surface On Twitter! 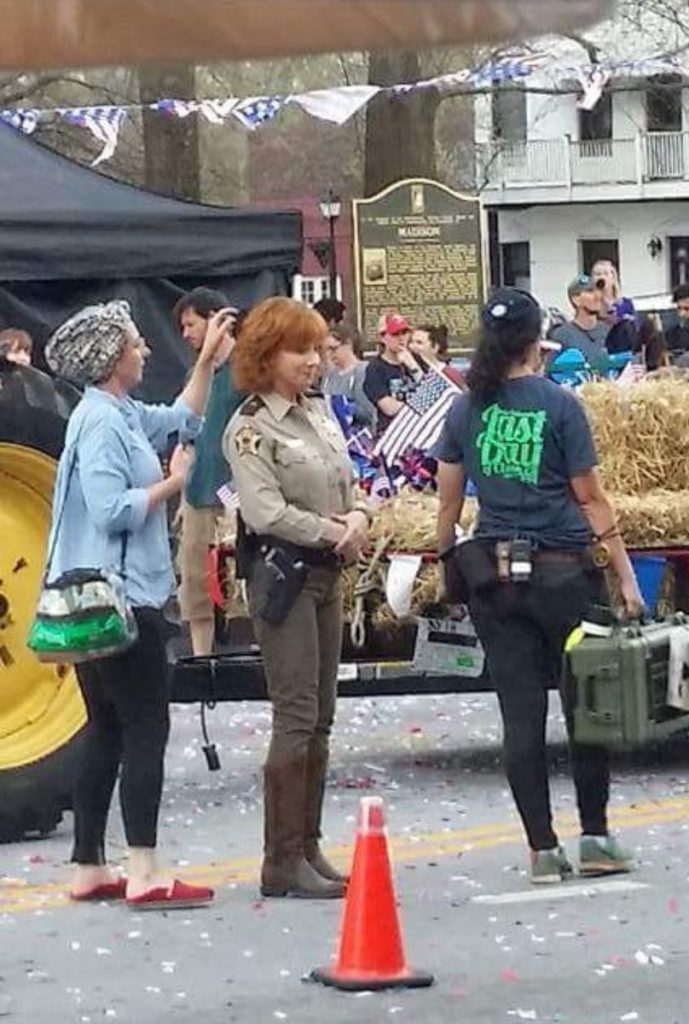 Reba McEntire is currently on set in Georgia, filming for her next big role as Sheriff. The country star will play the character of Sheriff Ruby Adair in the upcoming drama series, which will air on ABC.
Fans scouted out the filming location of McEntire’s next venture and snapped a few photos from afar which show the country legend on set and in her uniform. According to one Twitter user, the cast was filming Fourth of July scene in Madison, Ga., and yellow crime tape was shown on the location.

In an interview with Taste of Country Nights’ Sam Alex earlier this year, McEntire revealed she was actually shocked that ABC had picked up the series — news that she was “thrilled to death about.” In December it was revealed that the unnamed show was the brainchild of Desperate Housewives creator Marc Cherry.
“The drama is described as a Southern Gothic soap opera that is set in motion after a suspected act of terrorism happens at a Fourth of July parade in the small town of Oxblood, Ky.,” the Hollywood Reporter dished earlier this year. “The FBI sends a cocky agent of Middle Eastern descent to investigate. He teams with the mercurial local sheriff to uncover secrets far darker than either could have ever imagined.”
At the time of her interview, McEntire knew she would be portraying a small-town sheriff, but not when they would start filming. She did share that the show is unlike her shows Reba and Malibu Country, which were sitcoms.
“It’s got funny times in it, but it is dark,” she said of the new project. No word on when the series is set to air on ABC.