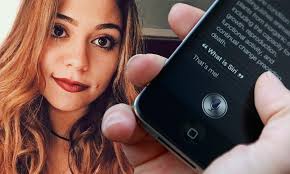 You think you’ve got it rough? Try having the same names as two most popular virtual assistants.

That’s the dilemma facing a 21-year-old college student in New Jersey, whose name is Alexa Seary. Alexa just happens to be the name of the human-like bot on the Amazon Echo device, while Siri is the one on Apple iPhones and computers.

Seary, who lives in Ventnor City, describes her life as a “waking nightmare” to South West News Service (SWNS).

“In the beginning when Siri came out, I got it all the time,” she said. “If I introduced myself with my last name people would always tie it to that.”

Seary says when Apple first introduced Siri in 2011, friends and colleagues at the restaurant she works part-time kept addressing her by her last name as if she were a machine.

It got worse in 2015 when Amazon released its Echo device which has a Siri-type helper named “Alexa.”

Ironically, when Siri was first introduced, Seary didn’t realize that it was pronounced the same as her last name.

Although Seary has Siri on her phone, she refuses to get the Amazon Echo, saying it would be a “complete disaster.”

“My mom’s husband was thinking about getting one and he thought it was pretty funny,” she said. “If we had one in our house it would be a complete disaster. I would scream back every time someone said ‘Alexa’ automatically or vice versa.”