“This Is Us” has been doing crazy ratings! Are you a fan? #WQBENightShow

A year ago, it might have seemed unbelievable to think that CBS’s ratings juggernaut The Big Bang Theory would be unseated by an upscale Hallmark-style weepy. And yet, here we are: This Is Us just further solidified its legacy as fall TV’s only broadcast hit by dethroning the CBS comedy in the key demo.

In the ratings week ending on February 19, This Is Us garnered a 4.2 rating, Vulture’s Josef Adalian reports—edging out CBS’s favorite geek squad’s 3.9. The two were neck and neck the week before, and it appears that the NBC drama kept building momentum—while the CBS comedy lost some of its own. (To be fair, considering the comedy is on its tenth season, a little slow-down is to be expected.)

How did this happen? Well, it all started with a big bang—in this case, This Is Us’s record-breaking trailer, which charmed viewers from the very start. From there, it was the characters who won viewers over; as Vanity Fair’s Hillary Busis noted, “There just aren’t that many shows on television right now about generally nice people who generally like each other.” And then, of course, there are the plot twists—lots and lots of tear-jerking turns and carefully executed time jumps that keep the story fresh and tantalizing. Throw in the fact that this is one of the few TV offerings not based on previously existing material, and you have yourself a show with true ratings potential.

It’s not just viewers who found themselves enchanted. The series also managed to earn three Golden Globe nominations last December: best drama series, and supporting actress nods for Chrissy Metz and Mandy Moore. Though it walked away from that ceremony empty-handed, over the weekend, the drama won a Writer’s Guild of America Award for Episodic Drama, as writer Vera Herbert took home a statuette for its ninth episode, “The Trip.”

Now all that’s left is to see if the trend holds up. Maybe Sheldon and the guys can cook us up an algorithm. Then again, Sheldon might need a moment—he’s never been fond of someone taking his spot. 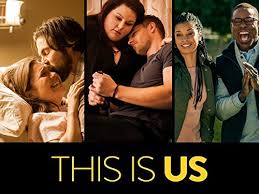