Troy Gentry Was Killed in a Helicopter Crash on Friday

TROY GENTRY of Montgomery Gentry was killed on Friday when the helicopter he was riding in crashed in New Jersey. He was 50. He and EDDIE MONTGOMERY were due to perform that night, but Eddie was not on board.

The helicopter reported mechanical problems and hovered in place while waiting for emergency crews to show up . . . but it crashed just as they arrived. There are questions about the pilot’s maneuvers so the NTSB has launched an investigation.

The news of Troy’s death was posted Friday on the band’s website. Troy’s family thanked his fans for their thoughts and prayers, while also asking for privacy. He is survived by his wife Angie, and two daughters.

Eddie hasn’t released a personal statement yet, which is certainly understandable. 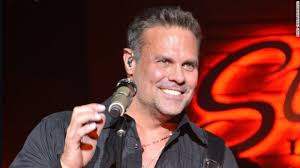