This Day In Country Music History

June 7th 2014, George Strait ended his touring career in style with his final performance at AT&T Stadium in Arlington, Texas. The show shattered a Billboard Boxscore mark for largest single-show attendance at a US stadium when 104,793 fans packed the home of the NFL’s Dallas Cowboys to see the singer on the final date of his farewell tour Cowboy Rides Away. 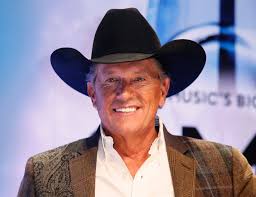