Talk about getting up close and personal with Brantley! #WQBENightShow

There are moments in every country music fan’s life where he has to wonder if it’s worth it to jump onstage and finally hug the artist he loves?

Take this guy for example, who decided to go against the rules while attending Brantley Gilbert’s show in Chicago. While there was a moment where Brantley seemed to welcome the unexpected visitor to the stage, it wasn’t long before security took the guy down. But heck, Brantley still offered a fist pump to the man who had to be an avid fan.

And boy does he love his fans.

Recently, Brantley found a way to make sure that all of his hardcore fans get to see him on the summer leg of his The Devil Don’t Sleep Tour.

“Look I love the lawn and how much fun everybody has up there,” Brantley said in a press release about the select tickets that will be sold for just $20. “But I also know some of my most hardcore fans come for the music. They want to be under the roof, where they can really see and hear the show. I hate that it’s always impossible for the folks in the BG Nation, who’re trying to make ends meet, to get into those seats – so we’re teaming with Live Nation to create a Working Class ticket. I know times can be tight, and no matter what you’ve got going on, if you wanna come hear the show, we’ve got you covered.” 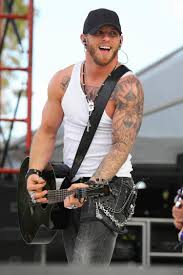