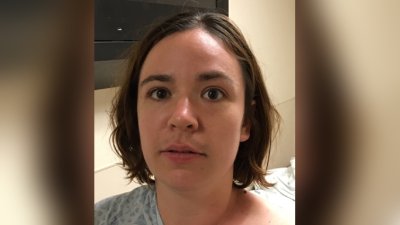 FRESNO, Calif. – Authorities in California are asking for help identifying a nearly naked woman found wandering down a Fresno, California street Tuesday morning. The woman’s hair was wet when she was found around 3 a.m., and she told officers that she was a mermaid, and that her name was Joanna, according to the Fresno Police Department.

The woman, who has two webbed toes on both feet, told officers that she had been in the water, but replied “I don’t know” to “most questions,” police said.

She is 5-foot-4, weighs about 150 pounds and has brown eyes and brown hair. She was found walking down the middle of Millerton Road across from the Eagle Spring Golf & Country Club, about a mile south of Table Mountain.

Anyone with information about her identity is asked to call (559) 621-2455 or email the missing persons unit Detective Paul Hill at paul.hill@fresno.gov.