That was the focus of President Donald Trump’s rally Thursday evening in Huntington.

President Trump spoke to a raucous, turn-away crowd for a little over 30 minutes at the Big Sandy Superstore Arena.

President Trump touted coal and jobs coming back to the Mountain State and what it will take to put America first.

Both President Trump and Gov. Justice shared an embrace after the announcement.

“Powerful forces wanna stop us but we wont let them. We are fighting for every American who’s been overlooked, pushed aside, or told to put their dreams on hold. But we will win and we’re winning now,” President Trump said.

“Congress must do its job, keep its promise, live up to its word and repeal and replace Obamacare,” President Trump said. 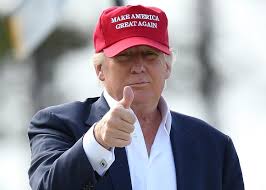