How much would you pay? #WQBENightShow

How much would you pay for a smelly, 33-year-old pair of shoes? What if they were owned by MICHAEL JORDAN? And autographed? And from the 1984 Olympics?

The shoes are currently up for auction. They’re size 13, and they’re considered in great condition . . . especially after taking into account their age and the wear and tear of actual game use.

And to make them even MORE rare, they’re CONVERSE. Shortly after the Olympics, Jordan signed his legendary deal with Nike.

The 1984 Olympics went down the summer BEFORE Jordan made his NBA debut with the Chicago Bulls. He led the team in scoring, with 17.1 points per game, and the U.S. won the Gold Medal, with Spain taking the Silver. 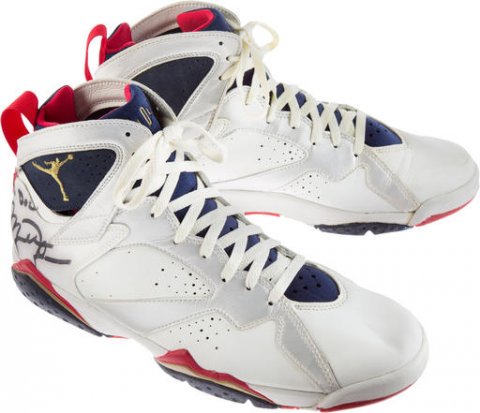