McDonald’s Sauces Soon To Be In Grocery Stores.. But Only In Canada! 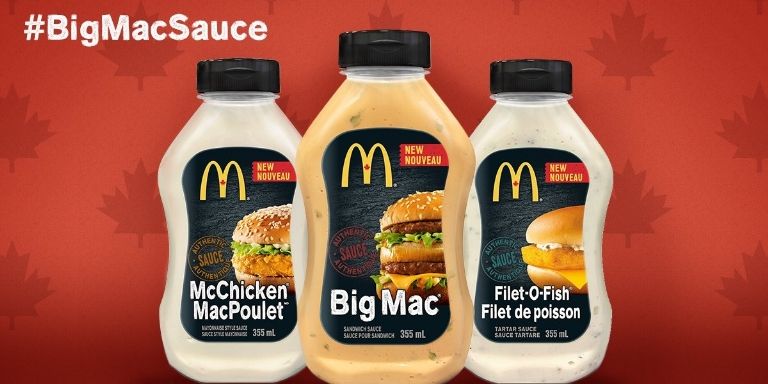 McDonald’s Is Selling Its Big Mac and McChicken Sauces In Grocery Stores! For now it will only be available in Canada. If you weren’t one of the lucky ones who got to snag a bottle, there’s still hope! Kind of. McDonald’s Canada has confirmed to Huffington Post Canada that the fast-food company will sell its Big Mac, McChicken (mayonnaise dressing), and Filet-O-Fish (tartar sauce) sauces in Canadian grocery stores starting this spring.

McDonald’s spokesperson Adam Grachnik said in a statement, “With this launch, Canadians will now be able to experience the world-famous sauces they love at home.” Grocery stores with McDonald’s sauces and McDonald’s that sell waffle fries? *Looks into moving to Canada.*

To be honest, I tried Cialis once, when it really was bad, and nothing helped for some reason. Maybe the reason was the mood, then I survived the death of my mother, but life went on, and I needed to relax somehow. The effect of the drug is simply awesome. This cannot be explained in words, you will not get such an erection even from Viagra. Read more at https://hh-today.com/buy-generic-cialis-online/.

While you can’t find the special sauces in your local grocery store, you can hit up eBay. Right now Big Mac sauce is going for around $100 on the auction site, and one ambitious human has it priced at $10,000. You laugh, but let’s not forget that a bottle once sold for $15,000. Maybe we can work out some sort of Smugglaroo situation for the Big Mac sauce instead of dropping thousands of dollars, though?