Legendary WWE star The Undertaker calls it a career. #WQBENightShow

The Undertaker has retired from WWE wrestling.

The 52-year-old wrestling legend indicated he is calling time on his 26-year association with the organisation after losing to Roman Reigns at WestleMania in Orlando, Florida, on Sunday (02.04.17).

The Undertaker – whose real name is Mark Calaway – removed his signature hat, gloves and coat and left them in the ring after the match in a move that traditionally signifies retirement among wrestlers.

Even as the set-up for the event was being dismantled at the end of WrestleMania, the garments remained in the centre of the ring.

The Undertaker’s final match saw a return to WWE commentary for Jim Ross following a three-year absence and the broadcaster was ”humbled” and honoured to be involved in wrestling history.

A number of ring stars past and present took to social media to pay tribute to the veteran grappler following his retirement, with many simply sharing the hashtag ”#ThankYouTaker”

Mick Foley wrote: #ThankYouUndertaker – my life has been so much better for having known you.#Wrestlemania (sic)”

The Miz posted: ”If there’s a dry eye at #Wrestlemania ur a bigger man then me. #ThankYouTaker (sic)”

Ric Flair shared on the site: ”My Man Taker, the biggest Star in the History of the WWE…Goes out in style like he always does. You make us all look weak in comparison. (sic)”

And Jerry ‘The King’ Lawler wrote: ”There will never be another quite like him. Thank you Taker! (sic)”

The Undertaker began his career with World Class Championship Wrestling (WCCW) in 1994 but was first introduced to the WWE, then known as WWF, at the 1990 Survivor Series.

Over the years, he has won numerous championship belts and was part of the first-ever Casket Match at Survivor Series in 1992, the inaugural Buried Alive bout in 1996 and the first-ever Hell in a Cell match in October 1997. 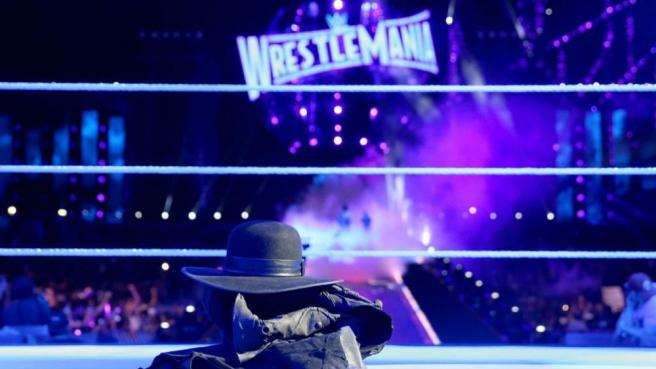