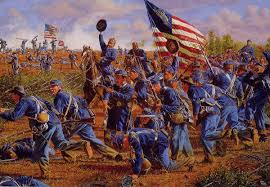 Congratulations Bill Glenn of South Charleston. He guessed Police Uniforms. They are Blue because of all the left over uniforms. Before the war there was not a standard blue uniform; however, they used the surplus for our men in blue!