March 3rd 1963, Patsy Cline performed at a benefit at the Soldiers and Sailors Memorial Hall, Kansas City, Kansas, along with George Jones, George Riddle and The Jones Boys, Billy Walker, Dottie West, Cowboy Copas and Hawkshaw Hawkins. The concert was in aid of the family of disc jockey “Cactus” Jack Call who had died in an automobile crash a little over a month earlier. This was the last perfomance by Cline who died in a plane crash two days later. 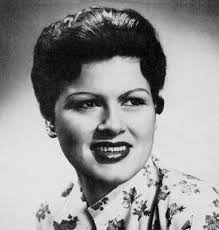