Another Baby On the Way For Jason Aldean

JASON ALDEAN and his wife BRITTANY are having a second child. They each posted a photo of their seven-month old son Memphis wearing a onesie with the words “Big Brother” written on the front.

Jason captioned his, “Guess who is gonna be a big brother.” Brittany wrote, “Here we go again.” No word on a due date. Jason has two daughters from his first marriage: 15-year-old Keeley . . . and Kendyl, who’ll be 11 next month. (People)

Also, in case you didn’t see this. PBS featured Jason on their “Breaking Big” series. They went back to his childhood growing up in Macon, Georgia, and featured old photos and interviews with family, friends, and music types.

They spent a lot of time on what it took for him to “break big”, obviously . . . and it’s fascinating stuff. They interviewed an educator who said Jason was so serious about music that he practiced 12 hours a day . . . year after year. 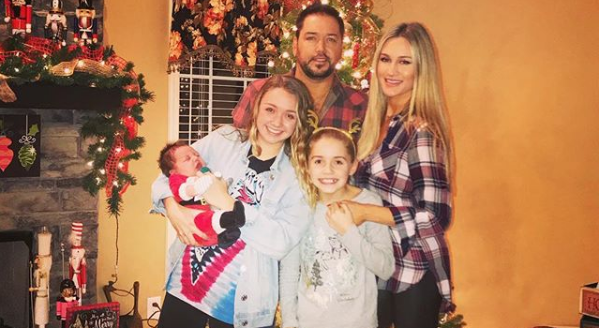